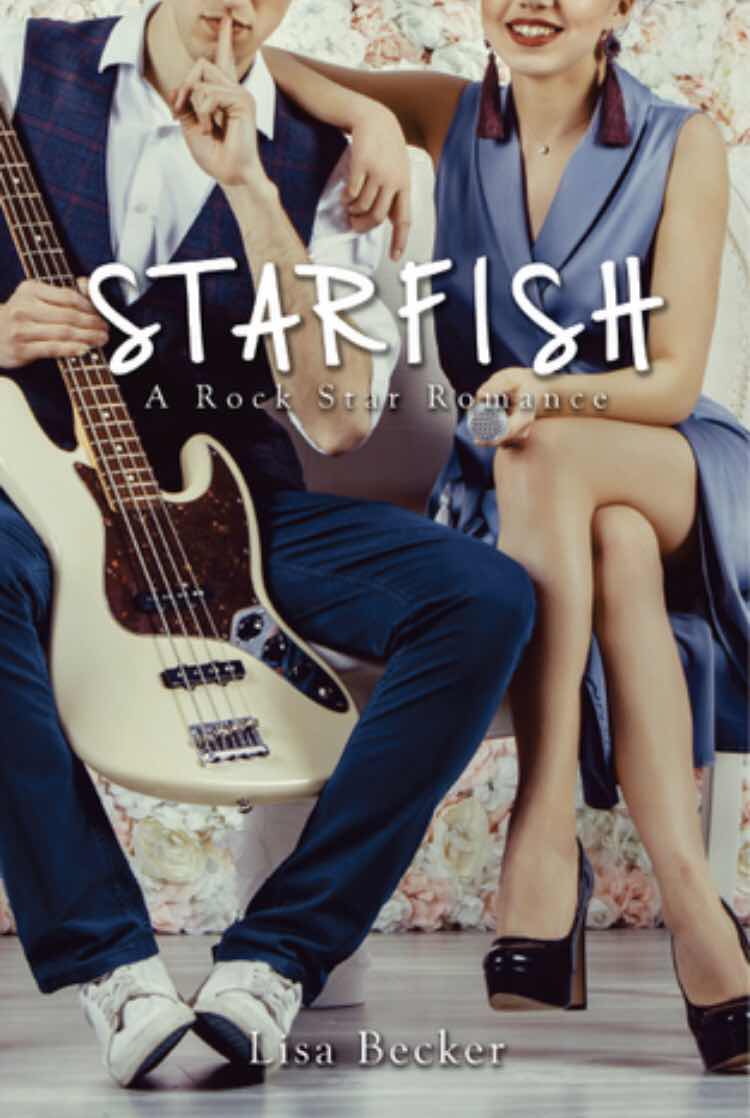 I felt so honored when Ms. Becker reached out to me and sent me a free copy of this book. She's new to me so I went in blind.

This book is about Marin and Brad's love story...

Marin was assigned as the PR person for Brad's band while on tour... small confines and being in each other's presence practically everyday would definitely make two strangers closer.

I don't know if the ARC I received had formatting issues or if the blocked lines were deliberately placed there to erase errors but yeah, there were plenty... I just had to string the uncovered ones and wing it.

I don't know if it's just me but I didn't like Marin so much. In the story, she had always emphasized that she's a professional... The first time she literally just slept in Brad's room would've already been enough but she kept sleeping over and over, and then started to cuddle with him, and still kept on throwing out the "we're just friends" and "I'm a professional" line... It became really exasperating.

I'm not trying to be a jerk here but I just want to reconcile the happenings on what a real life person would do in Marin shoes. I know nobody wants a snitch but she could've confronted the person concerned—since she's all about professionalism... (and her roommate keeping the room majority of the time for a s€x romp isn't professional at all). If it wasn't resolved, she could've escalated the matter to the next person of authority... sure she's attracted to Brad...they're both attracted to each other but still it was inappropriate given the timeline.

And let's just say that Brad is just being a guy... but he could've also helped Marin with her predicament or help get her another room on the company's dime... if not, well it's not like he was hurting for money either... plus I didn't like the fact that he overreacted and panicked, and didn't listen to any explanation from the person he supposedly loved... I mean it all just exploded so suddenly and it didn't explain how Brynn and Damon got the files when Marin had clearly sent the files to Brad... Yes, he rectified it in the end but still, it was very hurtful. I'd feel very rejected and broken. She should've made him grovel more.

I didn't really connect with the characters... it took a really long time for Brad and Marin to be together—and please don't get me wrong. I love a good build-up but in my opinion, it just took so long for them to get there.

But despite my feelings about the book, there were parts that I enjoyed as well... their playful banter, the sexy love scenes, the pranks, the journey of building rapport with everybody on tour... etc.

I've read a lot of rockstar romances, but this one didn't really hit the home run for me...

I'm sorry to feel this way but I was just so excited and amped up to finally read this after all the reading I had to do beforehand only it came up short... but maybe... just... maybe I'll love the next book.