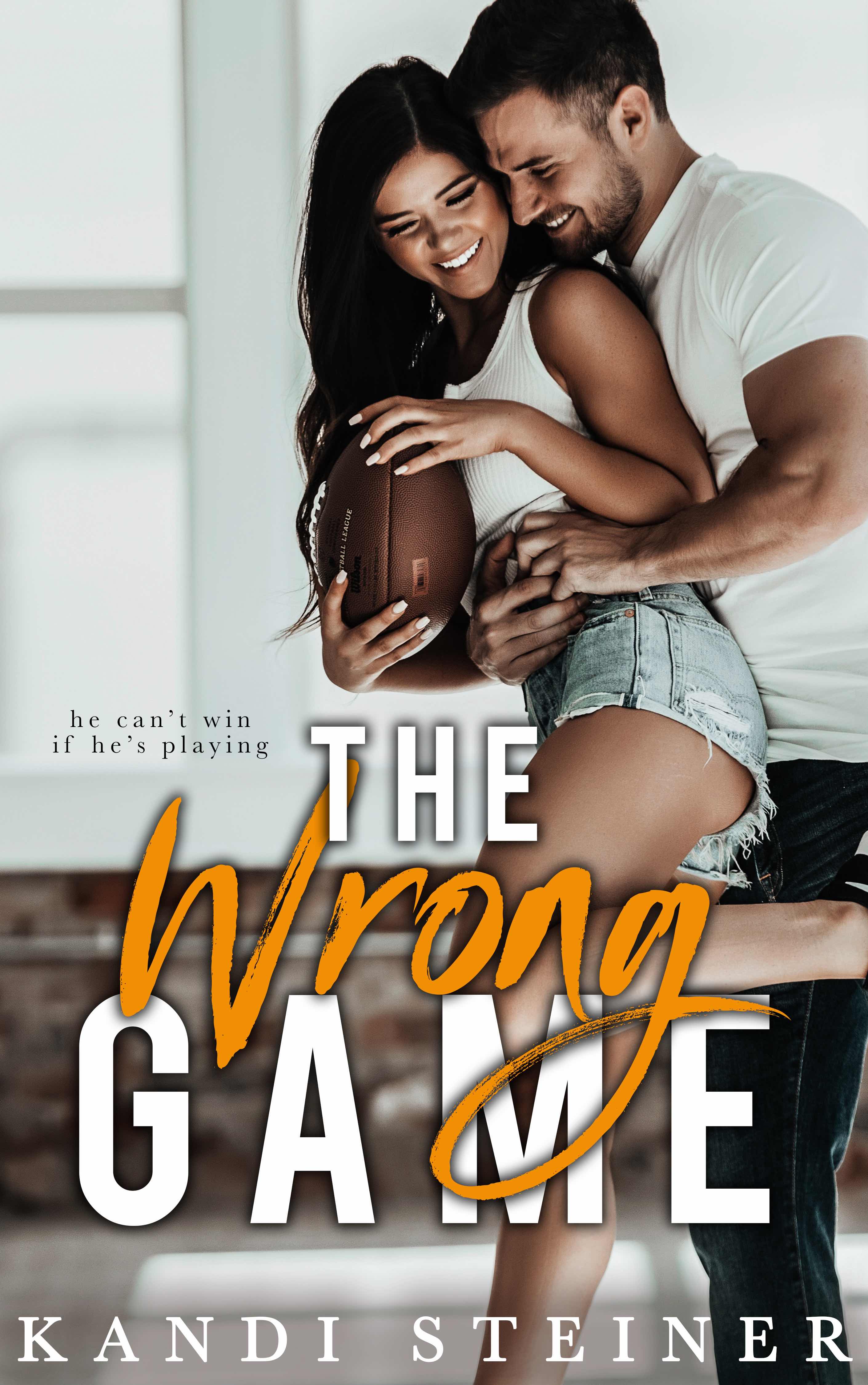 Zero interest in a relationship.

The plan is simple: a brand new, hot, preferably funny, definitely single male will fill one of those seats for every Bears game at Soldier Field. And I’ll fill the other.

I can’t think of a better way to use the season passes I’d bought for my ex-husband. I am a woman of plans, and this one’s foolproof.

Until Zach Bowen offers to be my practice round.

He’s infuriating. Presumptuous and overbearing. And absolutely, undeniably gorgeous. Any woman with a heartbeat would be attracted to him, and mine picks up speed every time he speaks.

But as I said, I’m a woman of plans — and I’m not backing down on this one.

One night. One game. And then, his time’s up.

He can try to change the rules, but here’s the truth: he can’t win if he’s playing the wrong game.

This is my 4th Kandi Steiner ARC, and I was so excited when I got the good news. Her duet, the one that was released earlier in the year is by far one of my most memorable reads of 2018.

Basically The Wrong Game is about Gemma Mancini, whose spirit was broken by her husband, thus leaving her with more issues than Cosmo. And you know how it is with people that have trust issues—they always have this never-ending scenario in their heads, they worry so much therefore aggravating their anxiety... and they build this fortress around their heart to keep themselves from being in the exact same situation that broke them even if it means alienating practically everybody... Zach Bowen is the opposite of Gemma. Even though he was hurt before, he's still positive, easy going and is such a huge romantic sap. I have heart eyes whenever he's on.

If you've read the synopsis, Gemma's plan was to have a new date for every Bears home game. Easy peasy right? Well you know what they say... Life usually doesn't go the way you plan it to.

It was all kinds of infuriating, sweet and sexy... The characters were very relatable, and I think that is what's important. The story has to connect with its readers, and it did just that, at least for me. I was able to relate with Gemma and Zach individually. And the cover! Oh my gosh, swoon!

To those fans of Lauren Blakely, Rachel Van Dyken and A.L Jackson... this is definitely the book to pick up next!