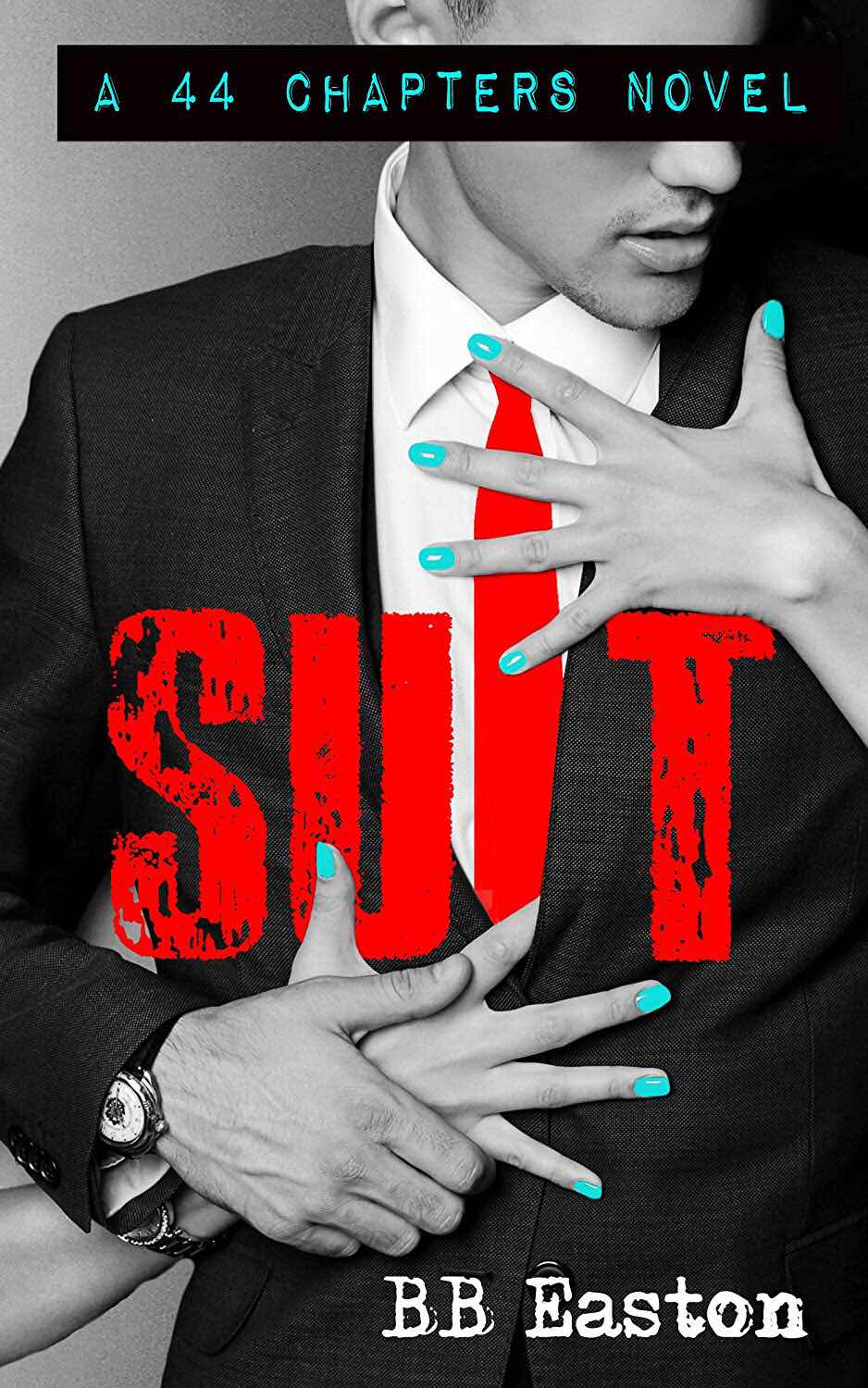 Because BB Easton had so much fun writing her bestselling, award-winning memoir, 44 CHAPTERS ABOUT 4 MEN, she decided to give each of her four men his own steamy standalone. SUIT is Ken's book—the hilarious, heartwarming tale of how BB finally got over her bad boy phase and found happily ever after with…gasp…a guy in a tie.“Since when are you into guys in ties? You only like guys who look like they rob guys in ties. At gunpoint.” It was true. By 2003, my type had been well-established. There might as well have been a giant sign on my heart that said, “Good Guys Need Not Apply.” Which is exactly why I had to friendzone Ken Easton. The man was a former football star, smelled like fresh laundry instead of stale cigarettes, and had more ties in his closet than tattoos on his knuckles. Pssh. BOR-ING. But the more I got to know my hunky study buddy, the more questions I came away with. Questions like, why doesn’t he date? Why does he avoid human touch? Why does he hate all things fun and wonderful? The psychology student in me became obsessed with getting inside Ken’s head, while the spoiled brat in me became obsessed with getting inside his heart.In 2003, I found the one thing I love more than bad boys…A good challenge.

This is my first ARC from BB Easton, and also my first read of one of hers. I had STAR on my e-reader but I've only ever read the synopsis and I realized that this is connected to this one—SUIT.

She wrote about all the guys in her life...There was Knight, Harley, Hans and Ken. And this ARC is about Ken and Brooke's journey... the other guys made an appearance in the book and I chastised myself for not reading the earlier releases beforehand—that would've made me understand everybody in this story better.

I enjoyed the story. I thought BB was funny and neurotic and I could relate to her on some level especially those conversations with herself... Ken on the hand...well he was very frustrating for the most part. Which makes for a good story—boy has issues, and girl tries to fix him... it wasn't an easy journey for Brooke and Ken. It can't be that easy to be with someone who is very closed-off... and he almost seem un-feeling—for a lack of a better word... but he did have his other redeeming qualities. And just because he's different, doesn't mean he doesn't feel. He's just more different than your typical, average guy...

The story touched about depression, abuse, anorexia and also a bunch of other issues—and how the heroine dealt with all of it.

It's not a light read... definitely not about rainbows and unicorns... it's a mixture of angst, comedy and romance.

If you're a fan of Tijan, Courtney Cole and Monica Alexander, then this is the book to pick up next!