MORE THAN THIS by JAY McLEAN 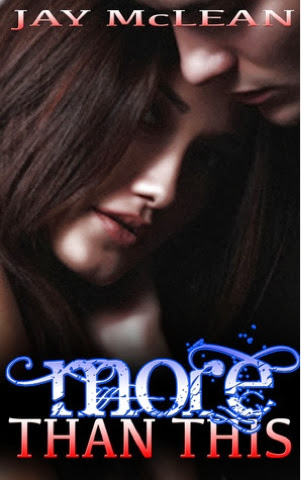 Synopsis:
*Mikayla*
In one night my fairytale ended. Or it may have begun. This is my story of friendship and love, heartbreak and desire, and the strength to show weakness.
*Jake*
One night I met a girl. A sad and broken girl, but one more beautiful than any other. She laughed through her sadness, while I loved through her heartbreak.
*This is our story of a maybe ever after.*
He was right. It made no difference whether it was 6 months or 6 years.
I couldn’t undo what had been done. I couldn’t change the future.
I couldn’t even predict it.
It was one night.
One night when everything changed.
It was so much more than just the betrayal.
It was the Tragedy.
The Deaths.
The Murders.
But it was also that feeling.
The feeling of falling.
My thoughts after reading...
Wow...where do I even begin?? I felt like I just got off the emotional ferris-wheel!
This love story is about Mikayla Jones and Jake Andrews. They met and got together in the most unconventional way, and in the most inopportune time...
Talk about a streak of bad luck... That was too much even for someone who is  burning in hell.
Everything started on prom night---when Mikayla accidentally discovers her boyfriend of 4years, going at it inside the restaurant's bathroom with her best-friend. And yes,  "What the fuck!?" and "Son of a bitch!" were what came out from my mouth.
I felt Mikayla, and empathized strongly with her. I too was cheated on by someone I loved and trusted, though mine took a lot longer to discover because I was naive...or probably just plain stupid... Anyway, you usually are the last one to know...Okay, moving on....
So like I said, she went to the bathroom and saw her no-good best-friend and douchebag boyfriend just finishing up doing the dirty deed...Naturally she gets angry & sobs uncontrollably, and Jake Andrews was around the vicinity to comfort her.
Even though he wasn't obliged to comfort Mikayla because they were strangers; heck! they don't even go to the same school, but he does comfort her and tries to cheer her up...So she ends up going to Jake's prom instead of her own and surprisingly, had a great time with him and his friends.
Later that night when Jake drops her home, she discovers that her parents and younger sister were murdered and their house is partially burned. And when all this happened, Jake was around, supporting her. So he kinda' stood as her rock and her constant through all these trials and tribulations. His family and friends were very supportive as well, even though they hadn't known Mikayla a long time.... They were god-send, really.
You know that saying, when a door closes another one opens...or a window opens...or something like that?? Yeah, that is what Mikayla's situation is, though much more tougher. I mean I'm a half-orphan so I know what grief feels like, but to lose your entire family overnight, and have no other blood-relatives, no best-friend, no boyfriend, no no-one---is just the worst feeling. Yes, feeling alone is the worse feeling in the world. But...she's lucky she had Jake and his family & friends.
Jake Andrews was your typical jock, but unlike other typical jocks, he wasn't like that asshole Mikayla dated. I mean, sure he did get around but he makes it clear to the women that he wasn't offering any kind of relationship other than just sex, and he also wasn't a "man-whore" even though he can be if he wanted to... So why was he drawn to Mikayla and felt the need to be her knight in shining armor? He doesn't know... Feelings are inexplicable sometimes. And the human heart?? Well it sure as shit confusing...
I'll let you guys discover why the story is entitled "More Than This"...  I know what I wrote seems kinda intense, which it is, but the story is very beautiful and totally worth it. And how MORE THAN THIS came to be, is sooo cute... (sigh)...
As usual, I found the end a bit hanging. I would've wanted to read about them graduating, Jake going pro and them getting married...but Logan's story is coming up, so I'll just brace myself for that.
The story teaches us about acceptance, hope & love... Acceptance, because she embraced the reality that her life has taken a complete 360; that she accepted the fact that she is indeed alone in the world and would have to fend for herself... Hope because after everything that  Mikayla went through, she was strong enough to forge on and face life---like going to college to get a degree and working part-time... Love, because despite her broken-heart, she didn't become an emotional recluse... Yes, she was apprehensive but it was totally understandable...but still she opened her heart to let Jake in...this only goes to show that something beautiful can be found amidst all the chaos.
To all the fans of Falling Into You by Jasinda Wilder, Connected by Kim Karr & Love in Between by Sandi Lynn, this is the book to read next. 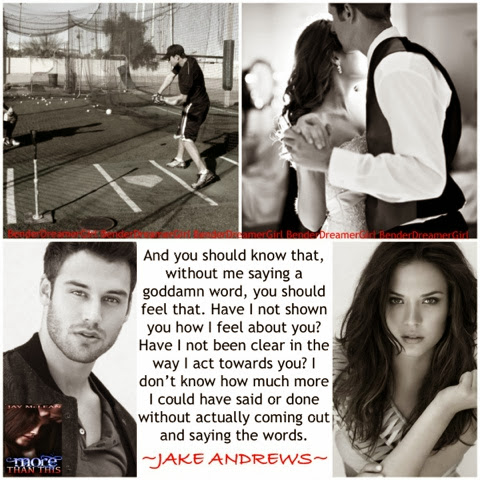 Click on the link below to get your own kindle copy: