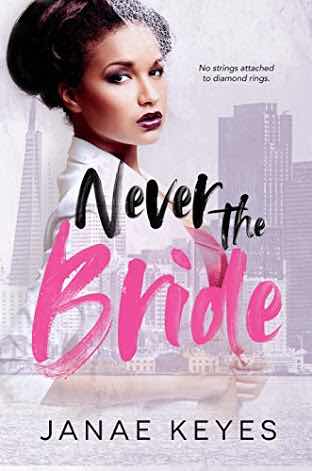 Divorce lawyer Vanessa Hill was content with always being the bridesmaid to her sister or her “insane” friends. She never wanted to be the bride. Marriage wasn’t for her.
When her ailing grandmother invites Vanessa to discuss the terms of her will, Vanessa faces a dilemma, get married or lose everything. When under pressure, she invents an engagement with her neighbor and friend with benefits, Josiah.
Josiah Thomas, a no-nonsense celebrity tattoo artist, has already been through the marriage thing. He was done with diamond rings until Vanessa propositioned him. He’d do anything for the sexy girl next door and a promised two million dollars wouldn’t hurt. Now Vanessa and Josiah will be doing the one thing they swore they would stay away from, marriage.
When hearts collide in lies, they just might belong together.
MY THOUGHTS AFTER READING...

I'd like to apologize for this late post as my family and I were and still are going through some painful personal stuff. The last couple of weeks were tough, and I just want to ask for your understanding. Thank you so much.

This is my first time to receive an ARC from Janae Keyes, and although the storyline of this one isn't something I haven't read before, I must say that I enjoyed it!

Having a physical relationship with someone will always, always lead to feelings. I mean I get that guys can separate their emotions like how a baker separates the yolks from the whites, still feelings are bound to surface sooner or later... whether it's a bit or more, there will be feelings... and especially if you're neighbors coz duh, you see eachother all the time! Feelings are inevitable... well unless you're a heartless  pig who does it for sports.

It has more drama than a normal romance would have but it doesn't leave a heavy feeling like how other angsty, drama-filled romances does. (Shivers) ugh I hate those... lol

For those fans of unexpected romances, badass long-legged esquires and sexy tattooed heroes, this is the book to pick up next.