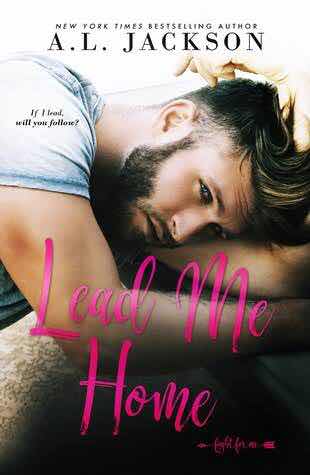 BLURB:
Fourteen years ago, my life changed forever. My sister disappeared. That day I was selfish. That day I chose myself over her. And that day, I lost everything. Including Nikki Walters. She's the girl I've loved my whole life. She's gorgeous. Caring. Every single thing I've ever wanted but denied myself. She was my sister's best friend, and I destroyed any chance of keeping her. When her safety is threatened, I have a second chance to do the right thing. But as soon as she moves in, I want her in all the wrong ways. All it takes is a brush of her hand, and I'm losing all control. The fire between us is only burning hotter. But neither of us saw what was coming. And it just might be Nikki Walters who destroys me in the end.
MY THOUGHTS AFTER READING...

I'd like to apologize for this late posting as my family and I were and still are going through some rough patch. The last couple of weeks were tough, and I just want to ask for your understanding. Thank you so much.

I've read all the books in this series and I must say that this one is by far the most intense, most angsty and most dramatic.

As for the characters... the whole gang was there in appearance... And as for the male protagonist... Well, I didn't like Ollie much. Amongst all the Fight For Me Series male leads, he was the most exasperating—the way he kept on jerking Nikki around made me prickle. He just kept on doing it from the beginning of the book until practically the end... smh. His push and pull was infuriating.... I get that he has serious issues but it still exasperated me.... and poor Nikki, she's so hopelessly in love and at the same time just trying to keep her heart from being smashed into pieces. That was definitely hard to deal with.

Oh man, this book had me on my toes. I didn't expect what happened, happened... that the story would unfold like that. And oh man, that (plot) twist almost broke my damn neck! It was gripping! It has drama, a touch of comedy, it has action and suspense! It has everything! Pretty awesome right?

So, anyway... For a while I had hoped she was alive you know? This whole story kinda revolved around her... each male main character in this series was affected by her disappearance... Although every book in the series is a standalone, I'd recommend reading each one.

I hope I was vague enough not to give away any spoiler...hmm

This is a story about resilience, fortitude and personal healing... For those fans of angsty novels with very strong-willed sexy male protagonists, this is the book to pick up next!