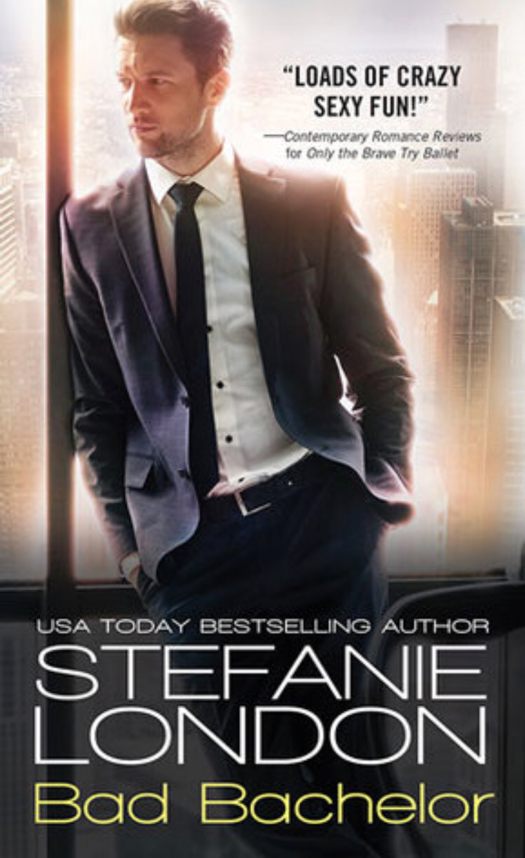 Everybody's talking about the hot new app reviewing New York's most eligible bachelors. But why focus on prince charming when you can read the latest dirt on the lowest-ranked "Bad Bachelors"—NYC's most notorious bad boys.

If one more person mentions Bad Bachelors to Reed McMahon, someone's gonna get hurt. A PR whiz, Reed is known as an "image fixer" but his womanizing ways have caught up with him. What he needs is a PR miracle of his own.

When Reed strolls into Darcy Greer's workplace offering to help save the struggling library, she isn't buying it. The prickly Brooklynite knows Reed is exactly the kind of guy she should avoid. But the library does need his help. But as she reluctantly works with Reed, she realizes there's more to a man than his reputation. Maybe, just maybe Bad Bachelor #1 is THE one for her.

I had to re-read the first part to fully understand what I was reading about, and that I understood it correctly—that the story revolves around an app called Bad Bachelor, which basically rates New York's Bachelors on how they treat their dates. Personally, I thought it was ridiculous and unfair, because even though Men can be jerks they are still human and like how the story went, it wasn't full-proof that these women were  indeed 100% truthful in their reviews—like I said, it was unfair...and it was exactly how the male protagonist felt.

So this story is about Reed McMahon, PR guru, the Bad Bachelor—who is more than what meets the eye... and Darcy Greer, a passionate, and tattooed librarian who just wants to finally forget the past and live anew. They met doing a project together for the library and then evolved from there.

This was my first time to read something from Stefanie London... The concept of the story was definitely unique to me and overall I loved it... I loved how the characters were written... that Reed, despite his playboy ways, was close to his father... that Darcy was able to overcome her emotional baggage... that despite the ridiculousness of the so-called app, there was humor and heart in it... It was all kinds of sweet and light. I'm definitely going to check more of Stefanie's work.