WORTH THE FIGHT by: L.D. DAVIS 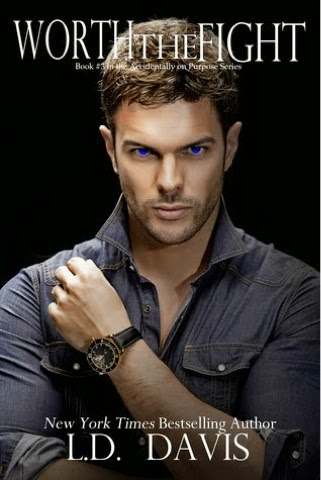 BLURB:
Luke Kessler loved Emmy. She broke his heart.
Then she revealed a life altering secret that brought them back together.
Time and forgiveness heal old wounds and love flourishes. Luke and Emmy find themselves reaching for a happily ever after together. When their pasts begin to push into their present and hurtful mistakes are made, the couple struggle with each other and their past demons. How much is too much? Will the couple be able to fight their way to a happily ever after? Are their lives together worth the fight?
My thoughts after reading...
I guess the saying "Save the best for last..." holds true to this one... Out of all the books in the series, I fell in love  with this one the most. There's just something heartwarming, and a sense of hopefulness in reading stories about second chances and happy beginnings.
I remember reading Accidentally On Purpose when it came out in 2012... It was a wee-bit heavy for me. Reading through it, it made me wanna strangle Emmy Grayne for setting herself up deliberately to a colossal heartache. I guess thats what blind love does to a person...
For a while there I thought Kyle Sterling will finally grow some balls and fight for his feelings for Emmy and end up together forever... but to my surprise, she ended up with Luke Kessler. It was a good surprise though. Fate has a funny way of interfering with life.
The story picks right up to the time where Luke confronts Emmy about double-timing him with Kyle... Of course I was angry of what Emmy did. She's not stupid, but she did stupid things... starting an affair with her boss Kyle, who has a steady girlfriend was one...another is, starting a relationship with someone eventhough she was still hung-up on Kyle...and the last epic fail is cheating on a perfectly good boyfriend who is very much in love with her... Man, I tell ya...I wanted to reach inside the book and bitch-slap some sense into Emmy!
And Luke... Poor love sick Luke... I totally empathize with him. Whatever her excuses are, cheating will always be a choice...a conscious decision. So she cant blame Luke for being a total asshole to her.
When she decided to go to Luke in Chicago and introduce their son Lucas to him for the first time, it was nervewrecking & bittersweet---for both of them.  And of course, it made Luke even angrier because she hid her whole pregnancy from him. He would've wanted to be there when the first sonogram was taken...would've wanted to be there to hold Lucas during his birth, would've wanted to witness his first steps...etc---Luke was sentimental that way.
It took a while for them to get through all the hurdles. After all, trust issues are the hardest to work out given their history... And it doesnt help that  there are people who wants to tear their small family apart.
Contemplating about the whole thing, I realized that Luke wouldn't be so angry if he didn't love Emmy. I mean eventhough he was acting like a total douche and was being such a huge asshole to Emmy, deep inside he still loved her tremendously... Why else would he feel such emotions if he didn't, right? And like they say, the opposite of Love isn't Hate, its Indifference---its not giving a damn at all. And it looks plenty clear to me that Luke gives a friggin' damn and cares enough to feel so much... He's just apprehensive, is all.
Like I said, I love this book. I cried, I laughed, got annoyed, I swooned... It got me feelin a hell lot of things. This story is basically from Luke's point of view---which is very refreshing. Sometimes reading a story from a woman's point of view is a 'lil bit draining (I said "sometimes" , okay?)....There's so much angst and so much drama. Anyway....
If you're fans of Second Rate Chances by Holly Stephens, Arsen by Mia Asher and Pulse by Gail McHugh, I totally recommend reading this book! Such an awesome awesome read, I promise! (Yep! Wrote awesome twice!)😉. 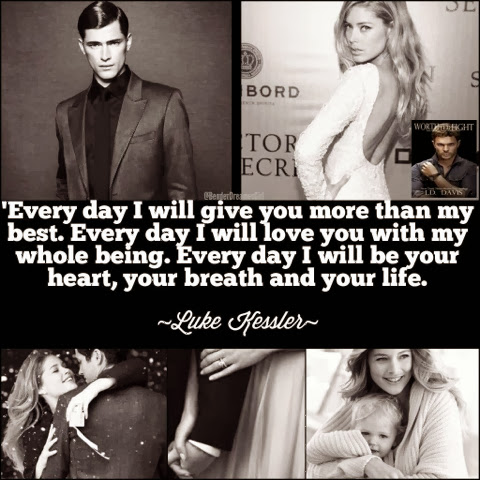 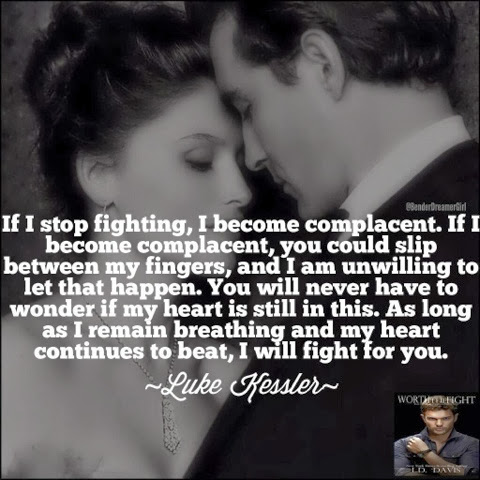 Get your own copies of the series by clicking on the links provided:

Shop Amazon - Up to 60% Off Jewelry Gifts