HER by CAREY HEYWOOD 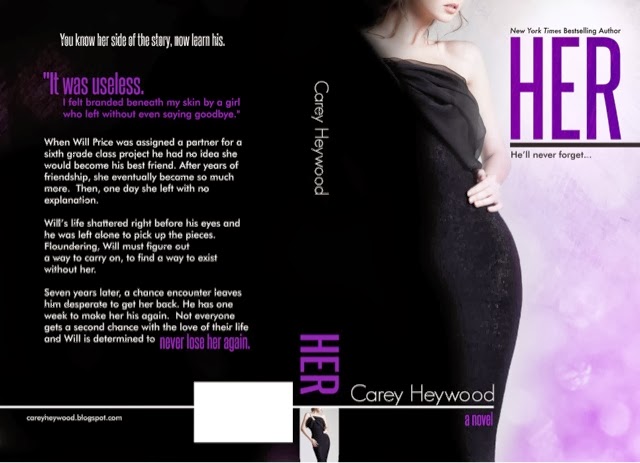 SYNOPSIS:
You know her side of the story, now learn his.
"It was useless. I felt branded beneath my skin by a girl who left without even saying goodbye."
When Will Price was assigned a partner for a sixth grade class project he had no idea she would become his best friend. After years of friendship, she eventually became so much more. Then, one day she left with no explanation.
Will’s life shattered right before his eyes and he was left alone to pick up the pieces. Floundering, Will must figure out a way to carry on, to find a way to exist without her.
Seven years later, a chance encounter leaves him desperate to get her back. He has one week to make her his again. Not everyone gets a second chance with the love of their life and Will is determined to never lose her again.
My thoughts after reading...
I am one of the lucky ones who was granted an ARC by the author. Right after reading HIM, the first book, I was already counting the days when I get my paws on HER!😁
HIM was in Sarah Miller's point of view, but I must say, I love HER better. Walking through the whole love story through Will Price's point of view was refreshing. It has lesser angst and drama.... Its nice to have an idea how a guy's mind works...
So the story starts from the beginning...their first meeting freshman year in high-school, and then eventually picks up where Sarah's story started...around their meeting inside the airplane on their way home, 7years after.
Its impossible not to fall in love with Will Price here. He's just the sweetest, you know? I understand women have a harder time moving on from their first love, but with Will? He never got over her either. And to think he's this Adonis-like dude, we'd expect he has a harem or two in the midst... plus, he's athletic, can cook, does everyday household chores & takes care of his depressed mother...like I said, he's the sweetest.
This story teaches us about not giving up on the ones we love... In the story, Sarah is distant and keeps pushing Will away but he is relentless as he knows by heart that Sarah is it for him---that they still loved each other after all this time. No cheating went on, there was no lying and other heartbreaking stuffs---only a case of pure misunderstanding. Probably thats why it was easier to reconnect and be together.
It also teaches us not to jump into conclusions...to always clear things out with the other person before doing something drastic like...running away without saying a word. I understand how Sarah felt after that bitch Jessica and Will's mom debacle. Every girl has their insecurities, and some people just know how to mindfuck you, using those insecurities... I'm just glad everything worked out in the end. I mean 7years is a long time to be separated, and a lot could happen in between those years. But I guess they were really meant to be together...
I loved the way the story was told. It was in order and much more clearer & easier to understand even to the novice bookworm... I would've wanted to read an epilogue about them starting a family and all...maybe in the future, who knows?😉
To those fans of Forever You by Sandi Lynn, Tangled by Emma Chase and Walking Disaster by Jamie McGuire, I highly recommend reading this book. Its coming out real real soon...
Congrats Carey Heywood, we have a hit in our hands!🙌🙌🙌 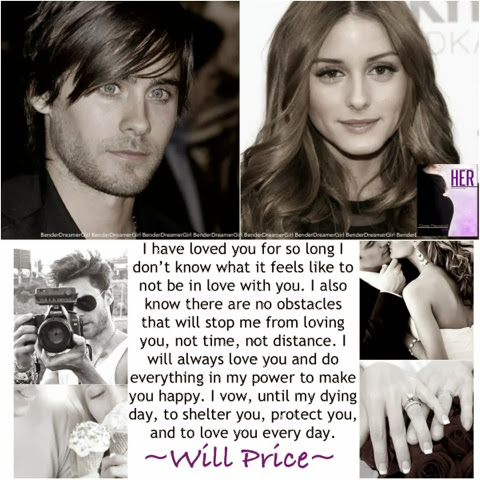 In the meantime, you can get your copy of HIM by clicking on the link below: