MY TEMPTATION, BRING THE HEAT and HIS PROMISE by Author L. WILDER 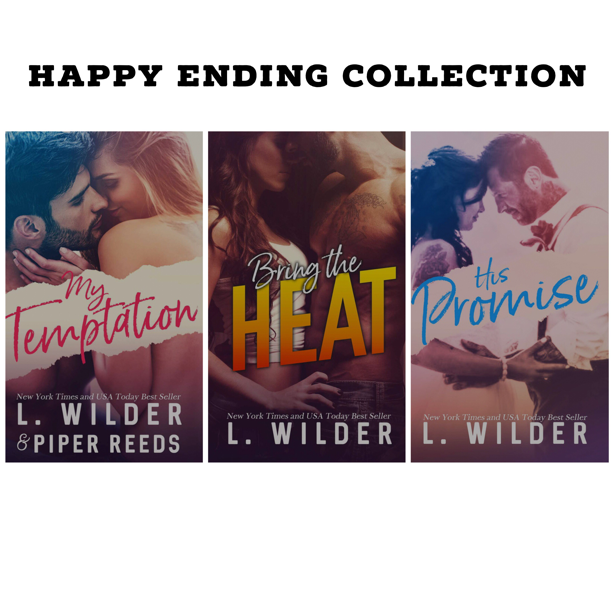 SYNOPSIS:
My Temptation-
After one too many disappointments in and out of the bedroom, I'd all but given up on men. While I was doubtful that therapy would change anything, I had to try something.As soon as I walked into Dr. Seth Michaels' office, temptation set in. With his piercing green eyes and devilish smile, the handsome doctor was every woman's fantasy, including mine.He tempted me in ways that I never dreamed possible, but some lines just can't be crossed. With a newfound libido, I left his office thinking I would never see him again, but fate and a meddling mother had other plans.
Bring the Heat-
Tucker Michaels could bring the heat, striking out anyone who stepped up to the plate, and he was burning up the big leagues.At least, that's what I was told.I had no idea who Tucker Michaels was, and I honestly didn't care. From the moment I met him, I thought he was an arrogant, smart-mouthed jerk.I'll admit he was hot-if you're into those gorgeous, athletic types, but there was no mistaking the way he looked at me, like I was about to be his next grand slam.Unfortunately for him, he was about to be the one to strike out. I had no interest in playing games, especially when he was helping my little brother's baseball team.... But after a week from hell and one too many drinks, I was starting to see another side of the sexy, charismatic player.
His Promise-
After the loss of my wife and daughter, I did everything in my power to focus on my work and nothing else. It was the only way I could face the day.I kept everyone at a distance, but there was one person who saw through my charade- Langley, my smart and beautiful legal assistant. Not only did she see my pain, she understood it. When I was at my worst, she was there to pick up the pieces, making sure I didn't lose the only thing I had left-my career. The day she came to me for help, there was no way I could refuse.I made her a promise, unaware that it would turn my entire world upside down. Being close to her made me want the one thing I thought was out of my reach-another chance at happiness.
MY THOUGHTS AFTER READING...
I was lucky enough to receive free copies of My Temptation and Bring The Heat, and an ARC of His Promise. These three short stories would definitely make you swoon.. Cant say I blame myself for wanting more... Each story has soul, and some parts would definitely pull on your heartstrings...
MY TEMPTATION, is a story about serendipity and taking chances... It makes you see that some risk are worth taking.
BRING THE HEAT, is the new-adult romance in this series. This story makes you see that it's okay to lower your guard down and that it's okay fall in love fast and not to over-analyze on things... that there is no time-frame when you fall in love...
HIS PROMISE, is my favorite among the three. Just like Love, there is no time-frame when it comes to dealing with grief... It's not easy losing vital pieces of your heart... and this story makes you see that you dont have to beat yourself up everytime you come across things or people that makes you smile... that you should be kind to yourself as well... that moving on didnt mean you're erasing that part of yourself... that second chances are rare gifts from God and you shouldn't waste it over-analyzing on what if's.
Like I've said earlier, all three stories will definitely make you smile and swoon... The pacing is great... the evolution of the characters is great... If ya'll are looking for something short and sweet, then these stories are what you need to pick-up next! 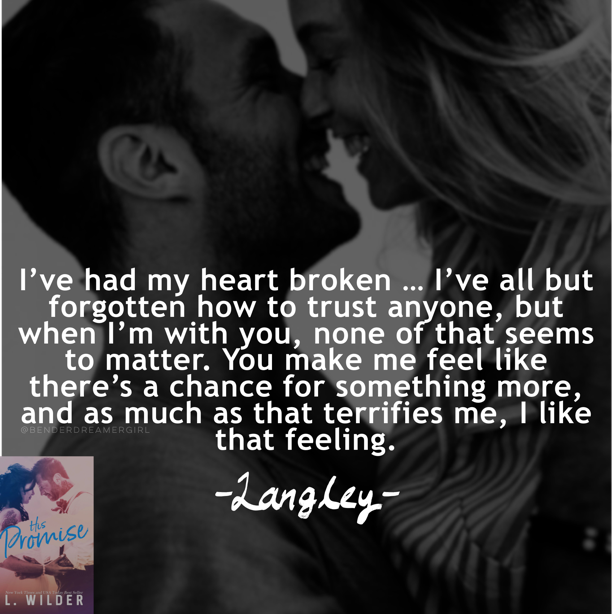