A LITTLE TOO LATE by STACI HART 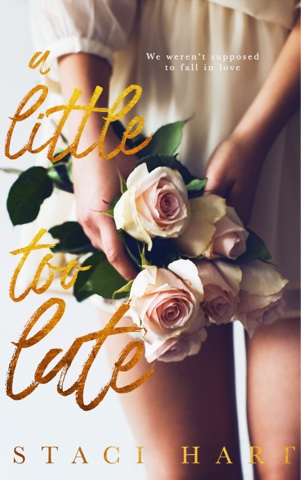 I wasn't supposed to fall in love with the nanny.

When my wife left, she took the illusion of happiness with her, and I've been caught in a free fall ever since. For nine long months, I've been fighting to figure out how to be a single dad, how to be alone.

When Hannah walked through the door, I took my first breath since I'd found myself on my own. She slipped into our lives effortlessly, showing me what I've been missing all these years. Because Hannah made me smile when I thought I'd packed the notion of happiness away with my wedding album.

She was only supposed to be the nanny, but she's so much more.

The day my wife left should have been the worst day of my life, but it wasn't. It was when Hannah walked away, taking my heart with her.

I was so excited to receive an ARC fr Ms. Staci Hart. The blurb alone intrigued me so much!

I've read most of the author's work, and A Thousand Letters was the latest book that I've read from her—and I gotta tell ya' that book made me ugly cry AF... I had no idea this book (A Little Too Late) was connected to that one... And at one point in the last book, I even thought Charlie had a thing for Elliot... lol I probably just imagined that.... okay, moving on.

So this book is about Charlie and Hannah... It's about two people from different parts of the globe, wanting to find their place in the world... And as fate has it, also finding themselves falling for eachother but fighting so hard to resist their feelings..

In my head... Hannah is like a sexy modern-day Mary Poppins. And Charlie is... well I picture him as a taller and blonder version of Scott Eastwood... I dont know why, lol... Probably coz I've been diligently stalking Scott's Instagram, but thats beside the point... moving on...

For a romantic sap like me, I found Charlie and Hannah's story was a wee bit frustrating at first... I was like "ugh! come on man, make a move already!" Lol I also thought the pacing of the story in the first half of the book is a lil bit slower than I'd like... but overall, I think the pacing was alright.

I love the story... It's different. Its usually the men who are imports and not the female protagonist in the story... plus, I learned about kwarktaarts, appelflappen, and Sinterklaas—which is awesome!

If you love dramatic modern-day Cinderella-type love stories, this is the book to read next! 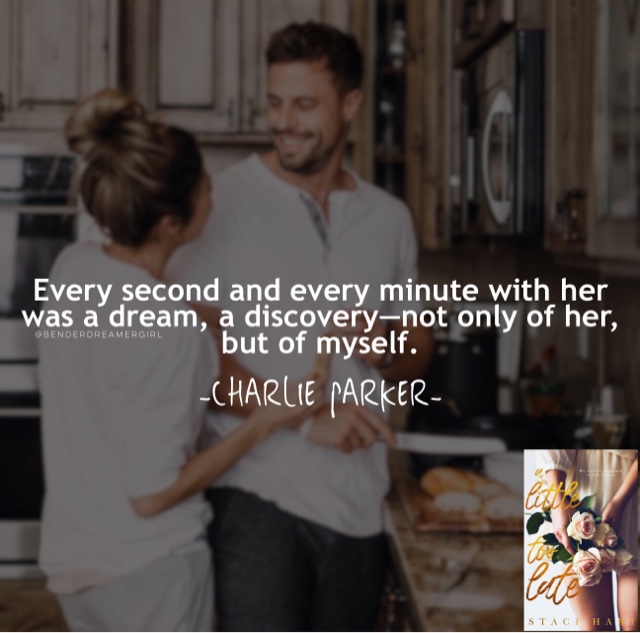