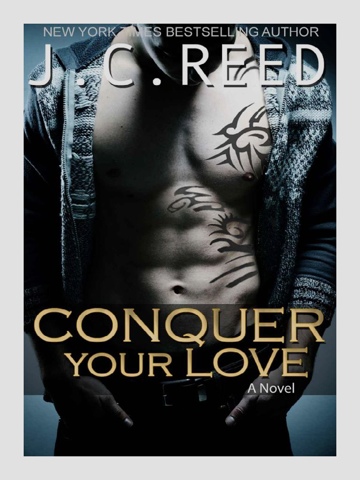 SYNOPSIS:
Meeting Jett was like bad luck. Dangerous. Unpredictable. And better avoided. In his game, the stakes are high. But are they worth the risk?
Brooke Stewart, a realtor in New York, finds forgetting is hard, but forgiving is harder. When the man she trusted, betrayed her, the only way to forget is to move on. Brooke is determined to start a new life, until she meets him again: the green-eyed, sexy as sin, six foot two sex god. The man who played dirty. The man who played her.
Sexy, rich, and arrogant Jett Mayfield knows he has made mistakes. He could have any other woman, and yet it’s Brooke he wants. When second chances collide with secrets and Brooke is threatened by the past, Jett is determined to protect her. She accepts his help unwillingly because she needs him but she wants to play his game on her own terms. And she has no intention to forgive or let him back into her bed.
When the man she is supposed to hate is the one she should trust, will he conquer her…or lose her forever?
A woman who can’t forgive.
A man who has made mistakes.
Two lives that are about to cross again and more secrets laid bare.
My thoughts after reading...
Let me just have a moment to take a deep breath and compose myself... Inhale... Exhale... Inhale... Exhale...
This story is effin' hot! If I thought the butterflies in my tummy were fluttering funny while reading Surrender Your Love, now they went apeshit! So effin' amazeballs!
Jett was so the knight in shining armor riding on a Lambo! So much the alpha!  He completely redeemed himself... Though he's still the overly self-assured man that he was, like in the first book...he seems more "human" now, slowly shedding his steel-tempered facade... I guess losing his most precious treasure that is Brooke Stewart, changed him----big time. Heartbreak changes people... Makes you contemplate and realize things.
Truthfully speaking, I didn't like him that much in the first book especially towards the last chapter... the part where he lied to Brooke... I mean its not rocket science. Any relationship thats tainted with secrets & lies is doomed from the outset!
I can't blame Brooke for being devastated & angry. Feeling used & stupid were two feelings a woman certainly doesn't wanna feel, especially if she was already falling hard for the guy... If it happened to me, I'd probably thrown a grenade at his house or unleashed a hulk-like rage on him! ;) anyway.....
The way Jett expressed his remorse & his feelings towards Brooke just got to me... I felt the emotions of his words... It was impeccably written that for a second I felt like He was speaking to me... (Sighing here) I'm fanning myself trying to remember that conversation... My stomach did somersaults for Pete's sake! Yeah, thats how much of a lovesick puppy I am!
I know their romance was a whirlwind---amazing, fast & intense... You know, meeting in a burlesque bar on the pretense of a possible partnership of companies or a new job interview then the next thing we know, they're shacking up in Bellagio, Italy for the next 2weeks, working on an acquisition of a certain property, to which Brooke was the sole heir...or heiress... I mean its too much pressure for anyone to deal with in such a short period of time... Its true what Brooke said, there's no way around her feels but down...Jett was her peak, and she's scared at the intensity of it all... Apprehensions are really never far away especially with a relationship like Jett & Brooke's.
I guess in this book, the saying "TRUST actions, not WORDS" holds true with Jett... He was demonstrative of his intentions & sincere remorse, and is hell bent in protecting her even if it means putting his life in danger for her... And thats LOVE...
Although both books were generally from Brooke's point of view, in this book, it was mostly Jett that got the starring role... Everybody fucks up one way or another...its how human beings are programmed. But whats important is how we pick-up ourselves after the mess and make amends with people we didn't deserve to hurt... I hope in the next book, TREASURE YOUR LOVE, the espionage, the cover-ups & the underground clusterfuck that seems like a package deal along with Brooke's acquisition of the Luccazzone Estate will soon surface on the light. I admit I'm curious to know what this elite club of senile weird billionaires is all about... I also couldn't wait to read more about Brooke's unexpected pregnancy, and how Jett is dealing with it... maybe read about a wedding proposal or an actual wedding and their happily ever after... I loved this book, I gave it ⭐⭐⭐⭐⭐ on Goodreads! JC REED, you're the man! Err...woman! 👍👍
Please read the first book before this one... 'Til next time! 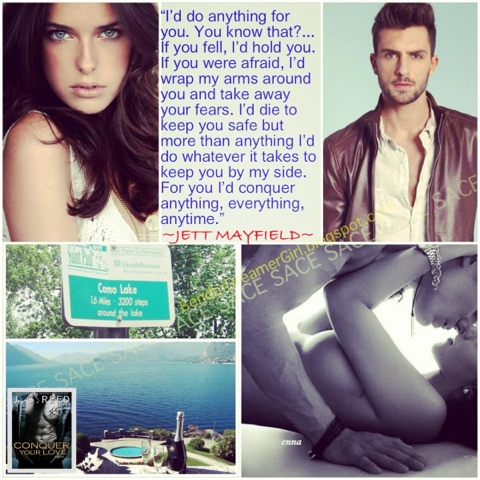 Below are my fave excerpts from this book:
"When you reach the top the only way is down... You’re my
peak and I don’t want to plummet into the depths awaiting me when we’re done."
-BROOKE STEWART
"Maybe you think I want what others want, but that’s not the case. I’m
looking for things that matter. Things I can hold and treasure forever. I think
you’re worth holding onto, Brooke. And that’s worth more in time to come than
anything you think might be of importance.”
-JETT MAYFIELD
“I told you once and I’ll tell you again... I don’t want someone who’s perfect because I’m not perfect. I want someone who’s real; someone who complements me rather than completes me."
-JETT MAYFIELD
"It was nothing compared to the fear I felt when you were gone. Nothing will ever top that fog of dread I fell into when I realized I might come too late...when I should’ve trusted you from the beginning."
-JETT MAYFIELD
“I wanted what’s best for you, what I thought would make you happy, even though it wasn’t any of my business… but letting you go wasn’t even the hardest part... The hardest part was acknowledging I might never see you again. Realizing how much you mean to me and how much I’d miss your pretty face every morning and night. Realizing all the things I didn’t do with you and might never get a chance to. But I think most of the pain came from the realization that the time we spent together was not enough for me and I couldn’t force you to feel the same way.”
-JETT MAYFIELD
“I’m sorry I pushed you away... But I was never in love until I met you.”
-BROOKE STEWART
GET YOUR COPY BY CLICKING ON THE LINKS BELOW: